The Zimbabwean music scene is rich in a wide variety of genres, but currently Zimdancehall stands out the most. The genre, which developed in the late 1980s, has origins in Jamaican reggae and dancehall, and is known for its tough lyrics which often provide social commentary on topics such as poverty, unemployment, and substance abuse.

The difficult themes found in Zimdancehall are important to Zimbabweans because they reference issues that are common to the people. For this reason, Zimdancehall can be uplifting, even when discussing the most difficult situations in Zimbabwe, such as poverty, unemployment, and substance abuse.

“Zimdancehall serves as a declaration of Zimbabwean pride.”

It can also be amusing: the lyrics paint pictures of a full story, like a movie, particularly in the case of Zimdancehall pioneer, Winky D. Zimdancehall artists are amazing lyricists, using double and triple entendres, metaphors and symbolism.

Most Zimdancehall artists write in local languages which keeps them rooted with the people around them. Zimdancehall usually incorporates the home language in Zimbabwe, Shona.

The origins of Zimdancehall

Kumbie Shoniwa argues for Music In Africa that the roots of Zimdancehall can be traced back to Jamaican reggae music, which was popularised in Zimbabwe by Bob Marley’s memorable appearance at Zimbabwe’s independence celebration in 1980.

Bob Marley is, famously, considered to be one of the pioneers of reggae. His music fused elements of reggae, ska and rocksteady, and his career was defined by his unique vocal and songwriting style. For more than a decade, Marley’s contributions to music raised the popularity of Jamaican music around the world, and he became a global icon in popular culture.

Bob Marley and other Jamaican artists laid the groundwork for Zimdancehall, as the genre borrows heavily from Jamaica’s reggae and ragga.

Bob Marley’s performance in Zimbabwe’s independence in 1980 made a huge impact on the African nation. Not only did he influence the rise of Zimdancehall, but the genre has led to Zimbabwean artists making their mark on the music industry: for example, Winky D, the late Soul Jah Love, Nutty O, Daruler, Freeman, and many more.

The genre has been developing for more than 30 years, but only really became popular in the 2000s. While the pioneering Zimdancehall artists are still influential, there are plenty of new voices carrying the genre forward into the next generation.

Most Zimdancehall artists sing in Shona, the native language of Zimbabwe, with one exception being the popular Nutty O who incorporates Patois, an English-based creole spoken in Jamaica, into his lyrics.

Nutty O (Carrington Simbarashe Chiwadzwa) is a multi-award winning, multi-genre music artist known for Dancehall, Afrobeat, and reggae. His decision to sing in a combination of Shona and Patois has resulted in him being interviewed on Radio Caribbean International, with one of his hit songs, ‘Safe’, being played on the station.

Sometimes referred to as the Zimdancehall pioneer, reggae-dancehall artist Winky D (Wallace Chirumiko) rose to fame in the mid-2000s. He is known as ‘The Big Guy’ (‘Di Bigman’), as well as Dancehall Igwe, Gaffa, Professor, and other names, and is one of the most decorated artists in the genre. For example, Winky D has just won the award for Best African/Dancehall Entertainer at the 39th International Reggae and World Music Awards (IRAWMA) in Kingston, Jamaica. 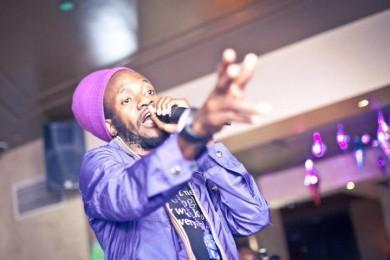 Soul Musaka, known as Soul Jah Love, was an award-winning Zimbabwean musician credited as a pioneer of mainstream Zimdancehall. He was declared a hero for his contributions to music, and what set him apart was how relatable and appealing his music was. He sadly passed away in February 2021 of diabetes, but he has left his mark on the genre: he contributed massively to the establishment of Zimdancehall as a form of expression for economically-oppressed Zimbabweans.

Daruler, known as Mambokadzi (Shona for Queen), is one of the more popular female Zimdancehall artists. She is part of a group of artists from Dangerzone, a Zimbabwean dancehall nickname for Dzivarasekwa Suburb — a densely populated residential area on the outskirts of Harare, Zimbabwe’s capital city. Dzivarasekwa was built primarily to house industrial workers and has remained a working-class neighbourhood.

Daruler sings with the HKD group of artists which is led by Freeman, one of Zimbabwe’s most well-known Zimdancehall artists.

Freeman rose to fame in 2011 with a series of singles and albums which won the hearts of both young and old. He has shared the stage with other Zimbabwean artists, such as Tocky Vibes and Nox Guni in the UK. As well as leading the HKD group, Freeman is also a member of the DangerZone Zimdancehall group, based in Dzivarasekwa, and has collaborated with other top Zimdancehall artists such as Winky D, Shinsoman, Celscius and Lady Squanda.

A new generation of Zimdancehall artists are making waves in the genre, two being Poptain and Anita Jaxson.

Poptain Yardbwoy (born Ameen Jaleel Yaseen) is best known for his 2020 song ‘Fadza Mutengi’, as well as collaboration songs with artists like Uncle Epatan and Nutty O. In fact, his feature on Nutty O’s song ‘Kokai’ has gained a lot of recognition: it appeared on afro-pop music channel Trace Africa, debuting at number one last year. His music is rich in Jamaican influences, particularly from the artist Mavado.

Also hot on the Zimdancehall scene at the moment is Anita Jaxson, a Harare-based singer and songwriter best known for her collaborations with popular artists such as Poptain. She is a new voice in Zimdancehall and a member of the next generation of artists redefining Zimbabwe’s music scene. Recently, she has collaborated with Nutty O and Poptain on the song ‘Kokai Remix’, which was released in March this year.

A lot of Zimdancehall artists are still emerging in Zimbabwe, which highlights the ongoing significance and development of the genre.

From my perspective, Zimdancehall serves as a declaration of Zimbabwean pride. It is a source of Zimbabwean identity, and also explores issues faced in today’s society, which is partly why Zimbabweans find it so relatable.

With the success and influence of artists such as Winky D, Nutty O and many more, Zimdancehall is here to stay.