Note: Sundial Thoughts content does not necessarily reflect the views of the Editorial Team or other contributors.

Here I sit, peeling the thick skin off a sweet clementine, suppressing my hunger for the beetroot soup slowly warming up on top of the stove. My mother had asked me a week before: “What would you like for dinner when you arrive?” We both settled on beetroot soup, although my favourite is split bean or plain bean. Soups seem well-fitting for December, especially ones you’ve eaten throughout your childhood, since Christmas time is nearing and somehow everything becomes related to childhood memories around Christmas.

I was returning from a 3-months-long “Eurotrip”, a plan that arose spontaneously, after realising I hadn’t seen much of Europe lately. Before leaving, I started to notice symptoms of my “gastronomic idiocy” in London, when I went out for breakfast with two of my friends: I was craving a full English breakfast. (And yes, I do get bonus points for knowing what English breakfast is.) However, I suspect I had knowledge of this meal only because it is so simple and filling – eggs, sausages, beans and toast. My only belief about food (which I’ve now come to view as oblivious) was that it’s good, as long as it is comforting and/or fulfils its nutritional functions. 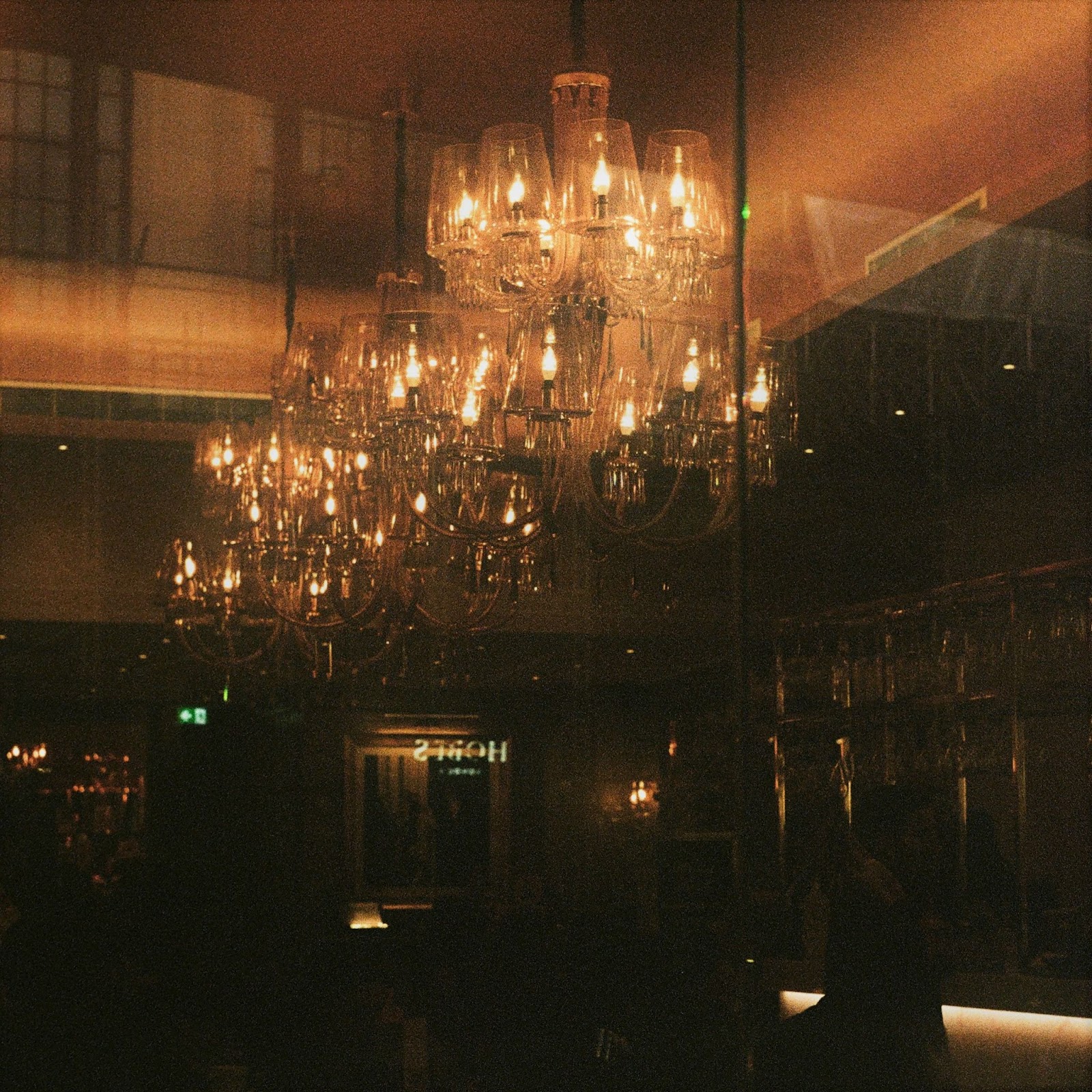 Anyhow, during breakfast, my two friends started conversing about all the great foods they have had in London. It was an elated back and forth, a rapid handball tournament. One alien food-name after another. I had to inquire about each, and though normally I would feel like a culinary student – had I been able to participate in the fun of the conversation – I felt intrusive.

What almost fatefully followed this was a variety of culinary experiences I had during my trip through Europe. After an evaluation of my savings, I set off.  I ended up renting a room in Florence and later visiting friends across Switzerland, France, Britain, the Netherlands, and Belgium. 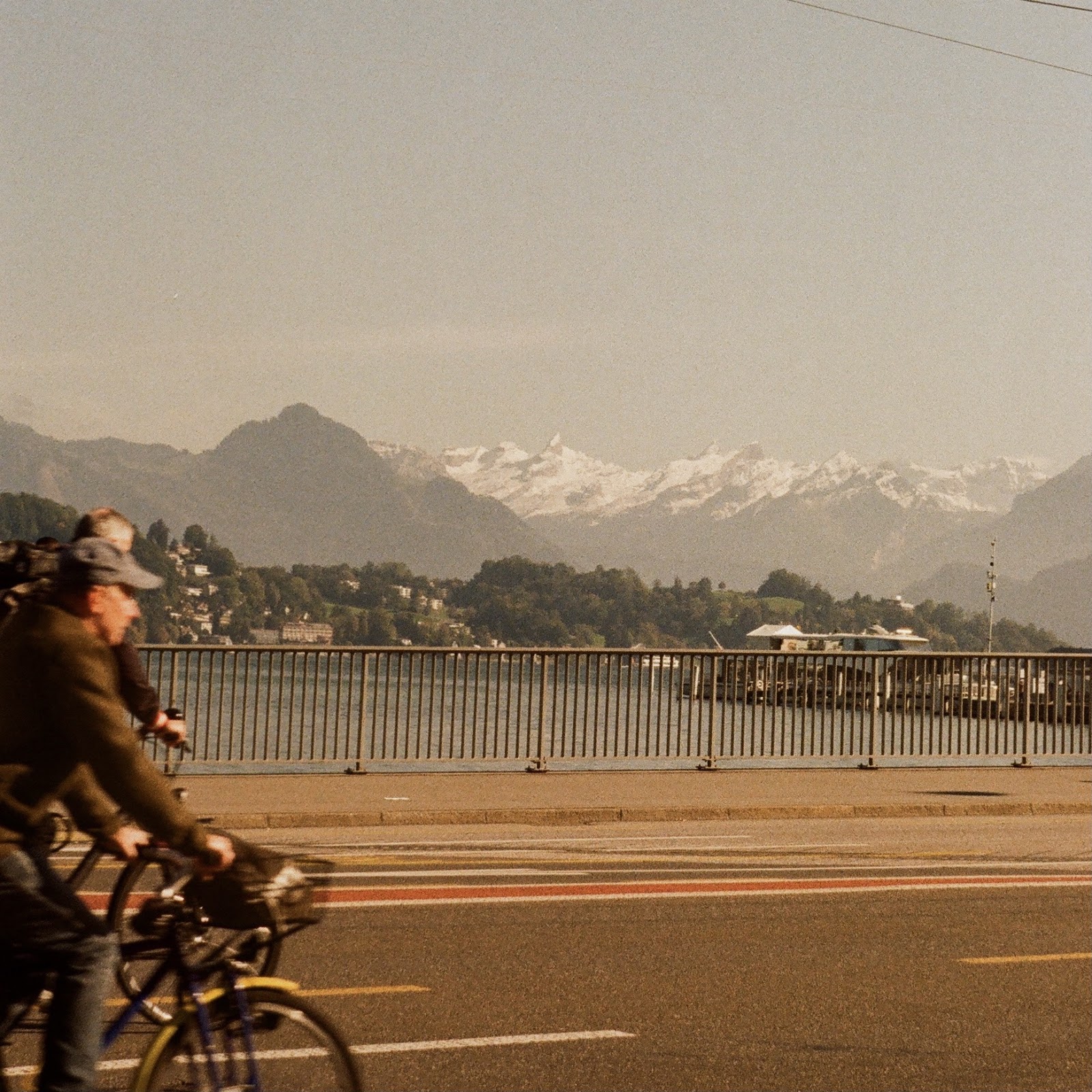 When I went to France, I hadn’t even thought about the fact that I was going to one of the most influential countries in the history of food. It occurred to me only when I told my friend I was going out to buy “that pastry with chocolate filling”, to which she responded with “pain au chocolat?”, and I had to ask her to repeat it four times until I realised what she was saying. I had heard of the name, but I didn’t know it was that exact pastry. I feel ashamed even as I’m thinking about it now.

This is when I decided to start paying attention to the foods I eat. 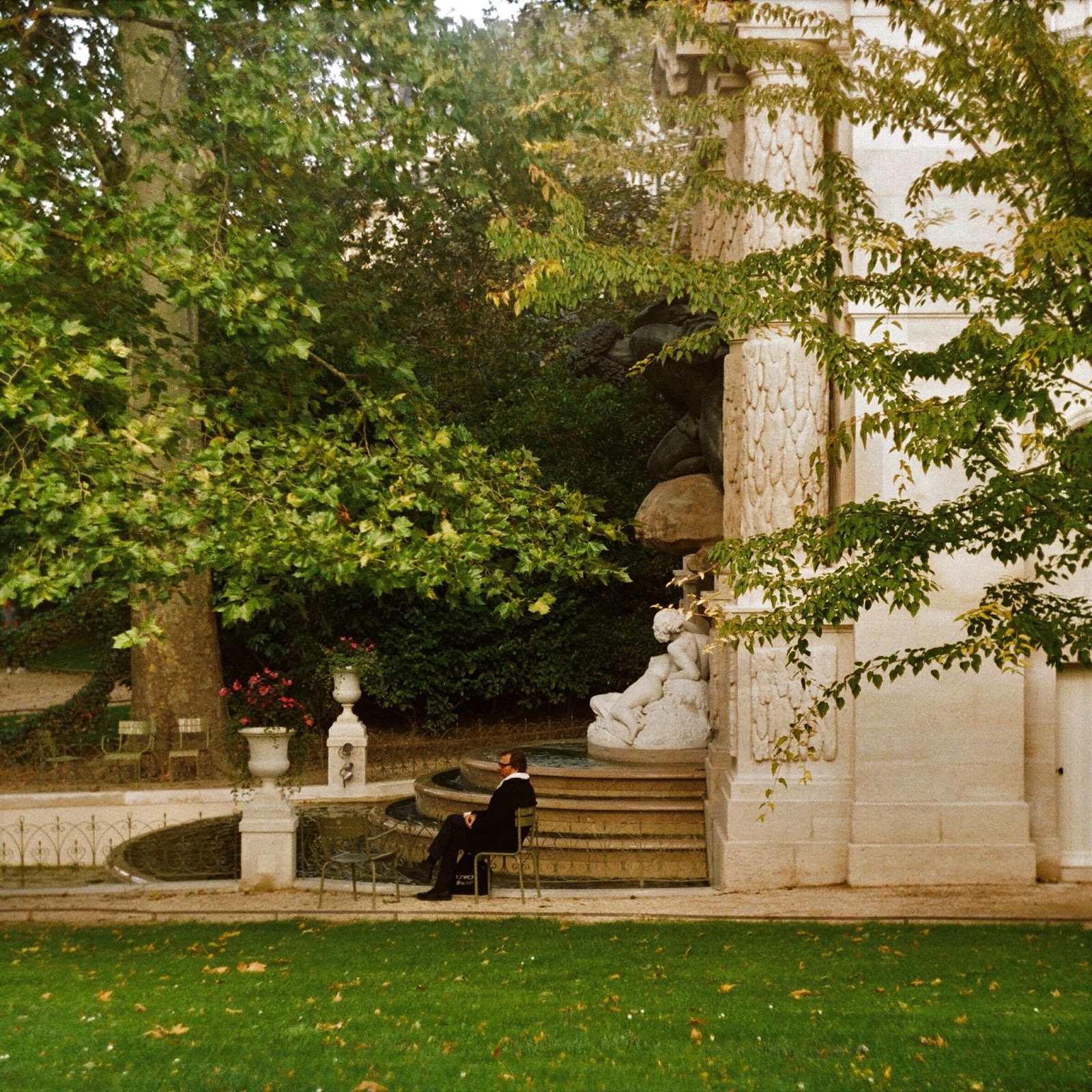 A small voice at the back of my head reminded me that, historically, a “cultured” person is in possession of gastronomic intelligence. That gastronomy circulates the same social circles that art, music and philosophy do. Maybe even politics. Or at least that’s what I had seen in movies (Marie Antoinette (2006), Princess Diaries (2001)) and read in books (War and Peace (1867), Girl with a Pearl Earring (1999)).

“Cultured”, as per Oxford Languages, is defined as “characterised by refined taste and manners and good education”. The small voice deep within me was not far off this track. If I was to follow the official definition of “cultured,” I had to educate myself on gastronomy as much as I would on literature or art, because “refined taste,” “manners” and “good education” are, before anywhere else, expressed around dinner tables. Many, if not most, conversations are held while having lunch, breakfast or even snacks. So, it would only be natural to intertwine a comment or two about the food consumed during these conversations. Or at least that is how I imagine the importance of gastronomy to have evolved throughout centuries.

Second of all, “refined taste” is sort of an intuitive knowledge of what should be praised and what should be dismissed regarding art. As such, with “gastronomy” being defined as “the practice or art of choosing, cooking, and eating good food”, it is closely associated with the term “cultured”. Taste, however, can become refined only when exposed to contrasting examples of art and comparing them. 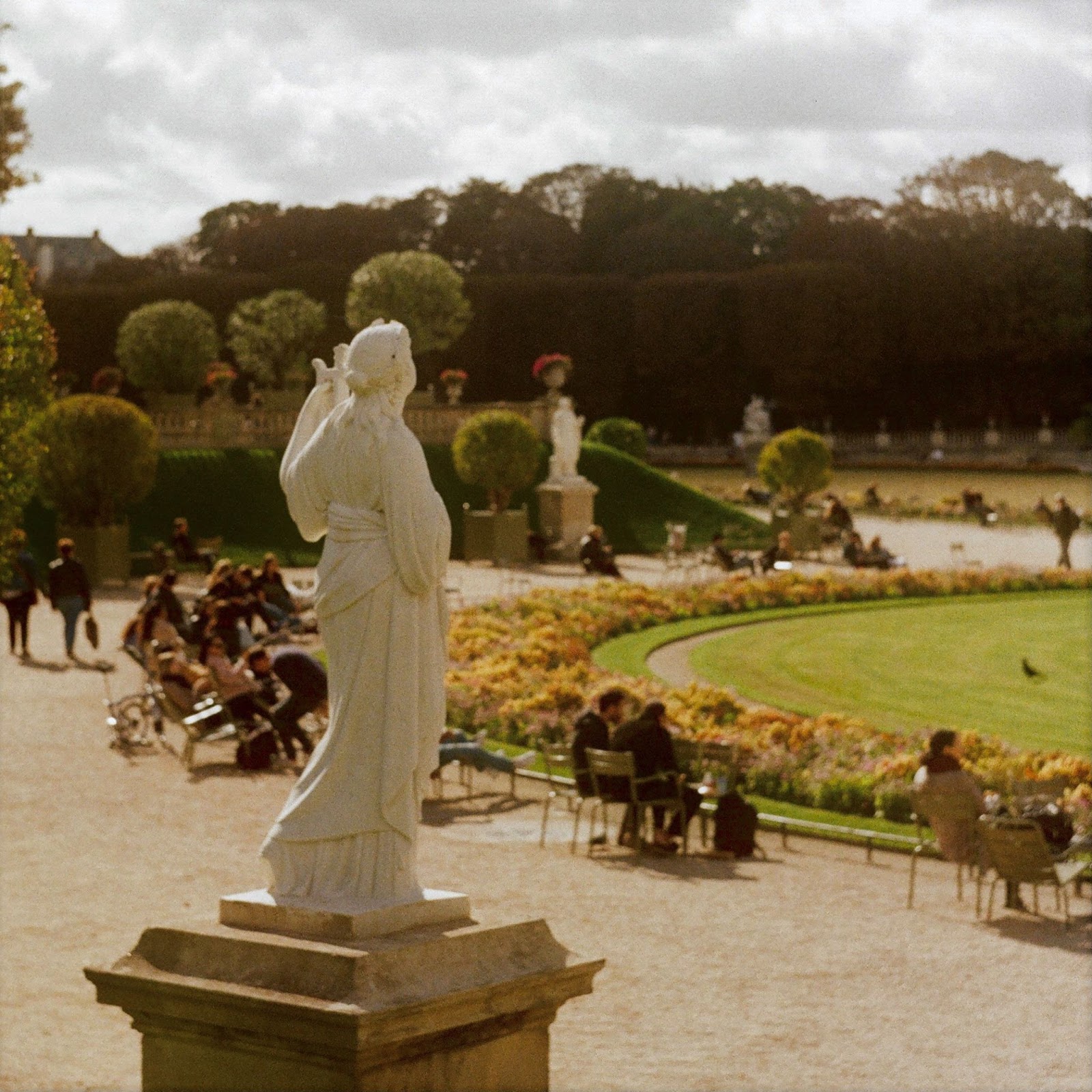 To follow the traditional understanding of “cultured,” I had to refine my taste by trying different foods, knowing their names and main ingredients the same as I would for paintings or literature. On top of that, this detailed information would contribute to my “good education” and thus become comparable to knowledge you gather at school, university or by extensive individual research into a topic such as, let’s say, politics.

One evening in Switzerland, my friend informed me that we were going to have raclette for dinner. When, unsurprisingly, I asked her to explain what it was, it turned out to be boiled potatoes with melted cheese on top. Delicious, of course, but why not call it “boiled potatoes with melted cheese”? I had no knowledge of the terms, especially after they had been reduced to single word names. Refinement of my tastes and improvement of my education was needed indeed, but the importance of these food names seemed to fade slowly from my list of priorities in comparison to definitions I had to learn for work. As if a new day dawning, I started to gain perspective on what knowledge should actually drive conversations around dinner tables. The ultimate “culture” challenge was a month in Florence. The family I was living with was the epitome of being cultured. They knew everything about history, architecture, art; and most importantly, they were Italian, which meant that they didn’t possess gastronomical intelligence – they were it. This time however, I expressed to them through a joke that I am a “gastronomical idiot”, and they seemed delighted to educate me on the dishes they served for dinner. One was bruschetta al cavolo nero, or, a lightly toasted piece of bread with Tuscan kale and fresh olive oil. Then there was gnocchi (I’m laughing at myself right now because I just googled “Italian dumplings” – peak gastronomical obliviousness), profiteroles (now my favourite dessert!), and spaghetti. 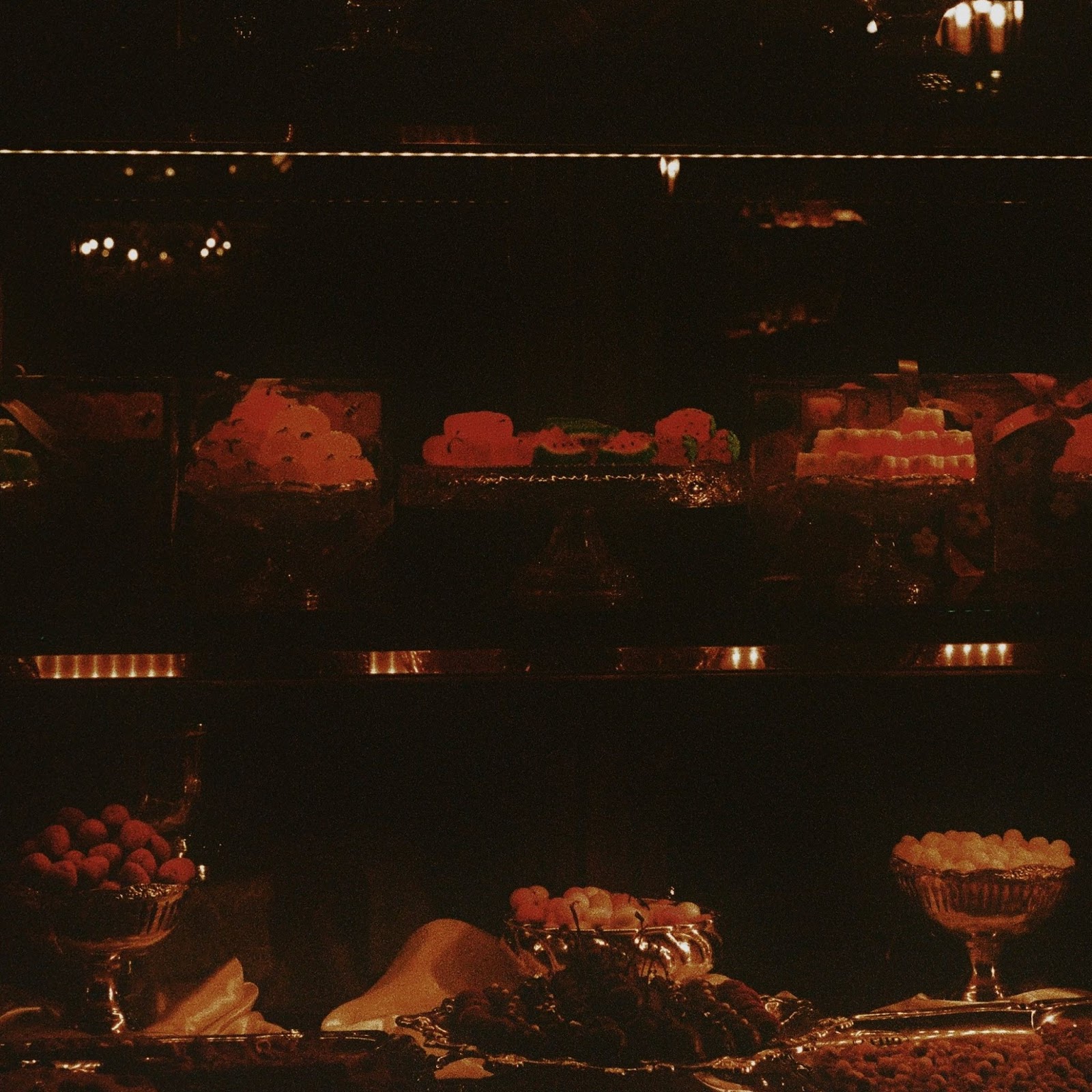 Spaghetti is another important topic of this story. The average Latvian calls all pastas – spaghetti, fettuccine, lasagna sheets – simply macaroni. That is the classic budget meal – macaroni and (pretty much) ketchup. Some cheese on top, if one is feeling fancy. What’s more, we call almost all pastry foods pastries, all soups soup, all cookies cookie, and so on. I might be exaggerating and there definitely are some exceptions, but the point is that Latvians don’t spend their time categorising foods into subsections. Even if we know a food is of Italian origin, we call it for what it is in the larger category. Would that mean Latvians are less cultured?

I’d say if there is something Latvians know unreservedly (as a Latvian myself), it’s how to appreciate the joy of foods and the depth of art, music, dance and everything in between, but then get back to work. A wealth of songs, traditions and art which is often intertwined with ethnography and history. Would it be fair to say that the cultural values of Latvians are thus a result of centuries-long critical assessments of what is worth one’s time and what isn’t? To enjoy the monumental beauty of ‘culture’ but separate it from daily life and tasks that secure your living? Because what does it mean to be cultured now anyway? How does one not give in to the stereotypical assumptions of “culturedness” like I had for the past three months, all based on some arbitrary hierarchy seen in movies and writing? 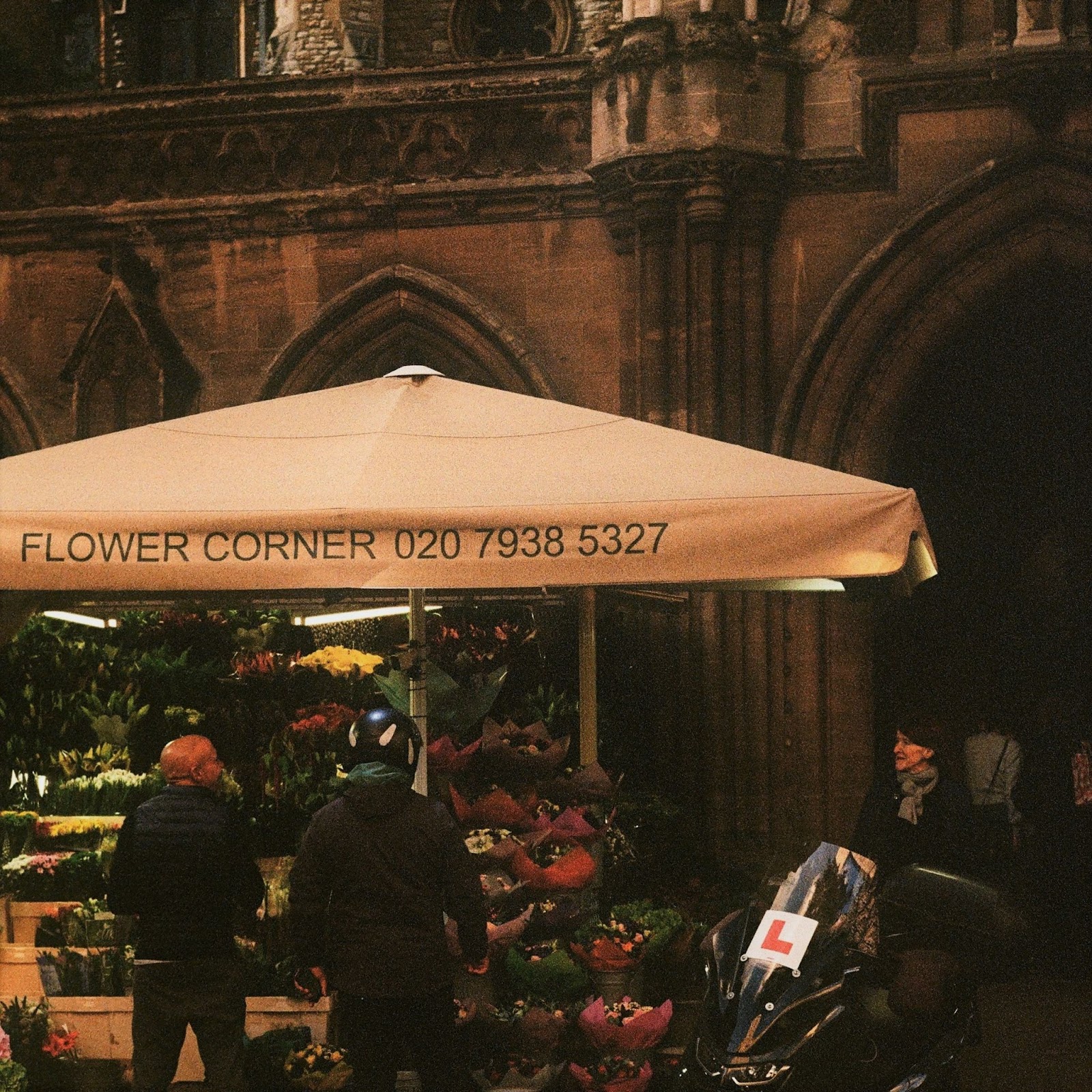 In the book Tuesdays with Morrie, Morrie talks about personal culture to Mitch, his former student. He opposes the current world’s culture of valuing the wrong things. He advises people to re-systemise their set of values and find their own meanings in the world: “Well, for one thing, the culture we have does not make people feel good about themselves. We’re teaching the wrong things. And you have to be strong enough to say if the culture doesn’t work, don’t buy it. Create your own.” While he’s talking about society’s culture as a whole, he is right – culture as a set of characteristics, values, is too material.

It would be an easy way out to state Morrie is talking about ‘culture’ that is out-of-date and doesn’t represent the current culture. It is an old book after all. Perhaps he means the old, classical understandings of culture associated with baroque extravagance and golden candelabras? But since conversations around culture are more informed now anyway, people too are more socially aware, politically involved. Zero-waste has become a popular lifestyle as well, promoting less materialism. The way we define “culturedness” has changed, right? Right? 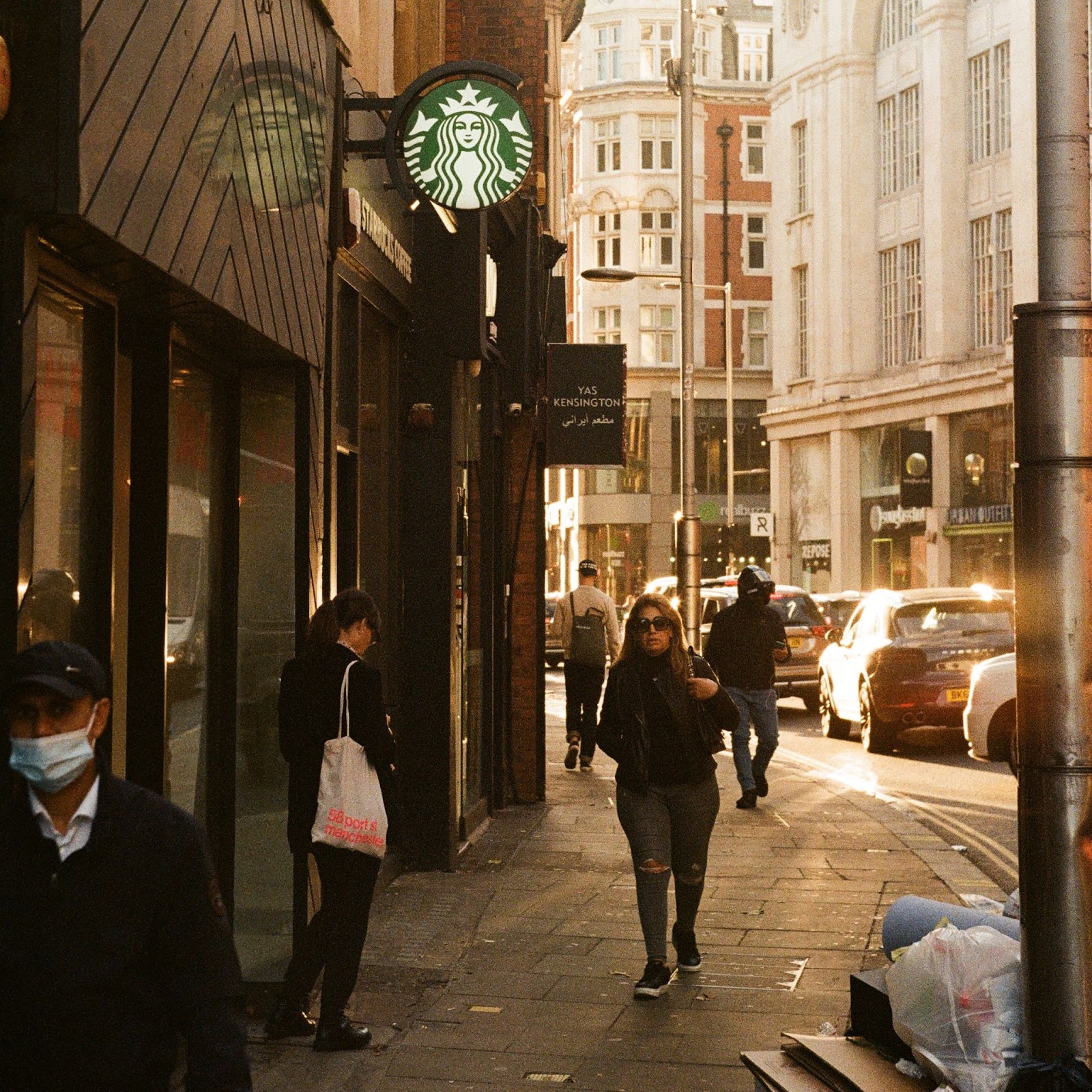 Even if we’d like to think the culture sustained by newer generations is more forward-thinking, free and inclusive, in reality, we are still living the old definitions of culture, merely adjusted to the contemporary era. What clothes are you wearing? Are they made out of recycled cotton? What things do you give as gifts? What is the sweet thought behind these material gifts? Plus, just to become a part of culture, there is a latent yet prevalent “necessity” to own certain things, for example a smartphone, just in order to enter the mainstream social paradigm. Even the hundreds of digital photos and visuals we see everyday contribute to a material culture – whether it is art, or just a snapshot of one’s life. What images and media show today is that we still continue to promote aesthetic-centred living.

Thus, returning to the topic of Latvians, I’d like to believe they (or we), as a famously diligent working society due to a long history in the agriculture industry, have always suspected the lack of importance in food names. Food is nutrition and energy, food is comfort. As a whole, Latvians chose to exclude complex food names from their vocabulary, save time and not sub-categorise foods, but prioritise work and practicality. And this is something that has persisted. 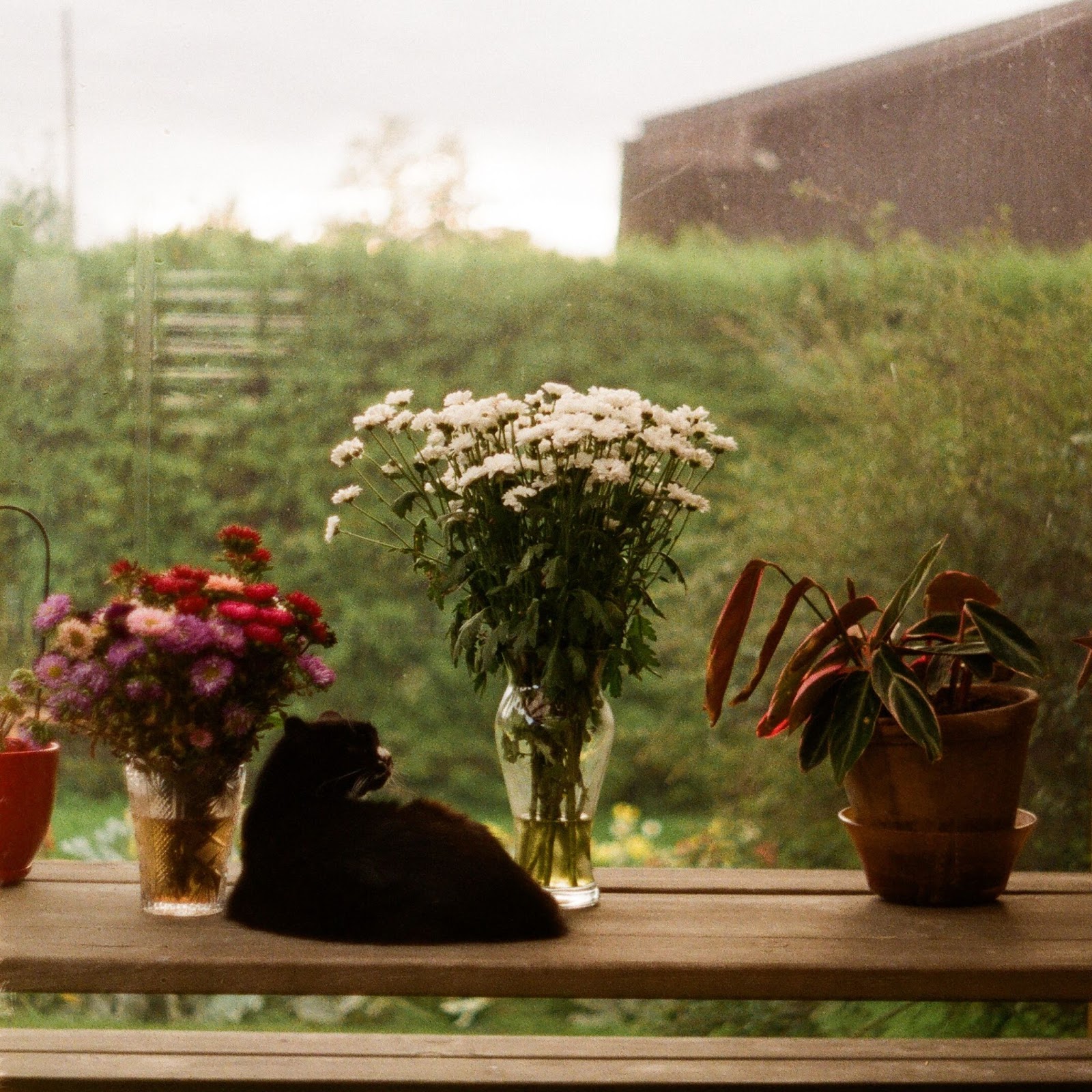 While gastronomy can be art and, as it turns out, the knowledge of it can impress others like it did impress me – the relevance of it is fading rapidly into the background of more pressing topics today. Even if we as a society continue to uphold a material culture, the growth of our collective responsibility can’t be ignored. This social responsibility has become a part of our culture now, thus also partly blocking the way ahead for intelligence that is outdated and unnecessary, like food names.And so, after months of evaluating my culturedness, I have come to conclude – there is no place for food-shaming in this day and age. I never liked Eat, Pray, Love that much anyways, and now, perhaps rightfully so, that is no longer an issue. 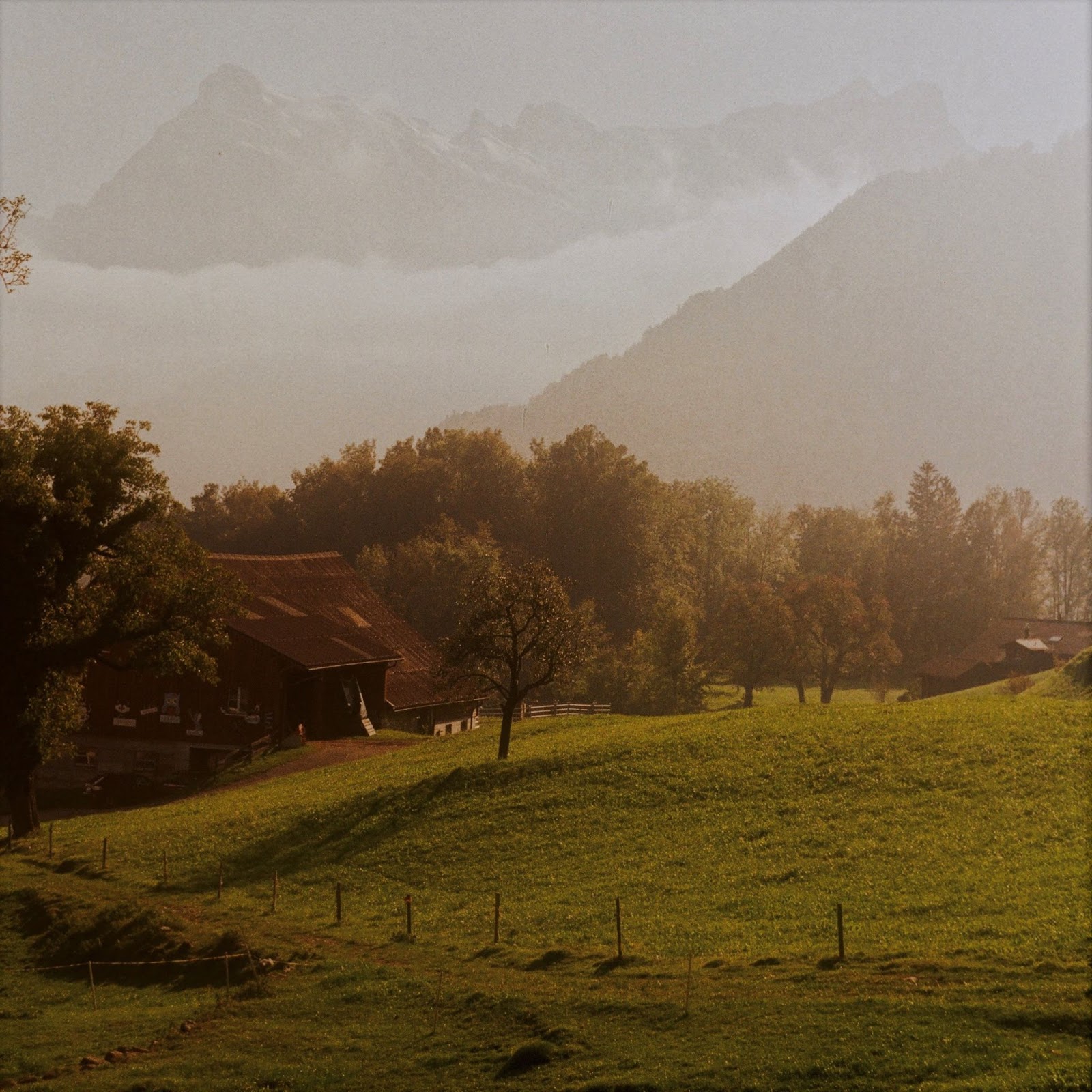