Note: Sundial Thoughts content does not necessarily reflect the views of the Editorial Team or other contributors.

Phoebe Waller-Bridge’s 2016 TV-series, Fleabag, promotes unapologetic emotional and sexual honesty. As such, the female characters in this show expose the realities of being a woman in modern London when juxtaposed to idealised notions of female empowerment. The key scene that manifests this starts with this unforgettable quote: “Hair is everything. We wish it wasn’t, so we could actually think about something else occasionally, but it is. It’s the difference between a good day and a bad day. We’re meant to think it’s a symbol of power, a symbol of fertility.”

Arguably the most iconic moment in the show, was this part of Fleabag’s speech to her sister Claire’s hairdresser. After Claire calls her in distress, Fleabag arrives to a mighty dismayed sister whose botched haircut has reduced her to comparing herself to a pencil. A classic ‘laugh or you’ll cry’ moment, Fleabag’s proceeding speech illuminates her struggle to reconcile her identity as a woman and a feminist.

Untangling the history of feminism on hair inevitably evokes debates on how Fleabag is frustratingly right. Whether conceived as a ‘weapon’ or ‘empowering’ against patriarchal structures, or reflective of an internalised misogyny that has persisted throughout history, hair is a key thematic prism for modern feminism.

Fleabag is not alone in her opinion that ‘hair is everything’. Appeals of long hair date all the way back to John Milton’s description of Eve’s hair in Paradise Lost (1667):

“She, as a veil down to the slender waist

Dishevelled, but in wanton ringlets waved,

As the vine curls her tendrils.”

The focus on how Eve’s hair interacts with her body shows that Milton’s pre-Fall description of Eve is just as sexualised as her post-Fall self. Milton’s personification of Eve’s hair as a ‘she’ imbues an innate femininity to long hair, which was also mentioned in the Bible to conclude “the shame of one sex is the glory of the opposite sex”:

In common with these traditional interpretations of hair is their associations of hair to extreme preconceptions with a woman’s status. Either it is evocative of glory or sexualisation, or shame in the context of Christianised scripture. In both, women are intentionally crafting a symbolised meaning as affiliated with their status. Some nineteenth century anthropologists, such as Edmund Leach (1958) or Christopher Hallpike (1969), concluded long hair had implications with sexuality or assertions of subverting government control. Only very recently have explorations of hair broken these rigid associations.

In the past, hair experimentation conveyed ostentation or economic rank amongst elite women of society, whilst restrained hairstyles were usually associated with group identity or a common cause. The onset of mass media created an attraction towards individuality. The late nineteenth century was characterised by hair trends amongst men and women, whilst the early 2000s positioned hair trends as influenced more by a fame-oriented world. I believe contemporary women have transcended these categories in a way that concludes ‘hair is everything,’ but not in a wholly awful appearance-is-everything way. Hear me out.

The Middle Ages signalled an association between aristocracy and long hair. Long hair for men evoked much debate in this period. Whilst William of Malmesbury of the 12th century regarded long hair on men as indicative of decadence, others felt men should be ashamed of growing long hair as it would mean they will be “no better than women in defending their country against overseas peoples”. The innate connotations of long hair with femininity and weakness was contrasted with the strong, tied up hairstyle of monarchs such as Queen Victoria or Empress Catherine II. Efforts to conceal the length of hair follows similar trends amongst elite women throughout history: Eleanor of Aquitaine, Berengaria of Navarre, Mary Queen of Scots. Throughout history, long hair has been concealed, whether intentionally or not, to suppress a long-held connotation of female hair with weakness, overt sexuality and impious nature. 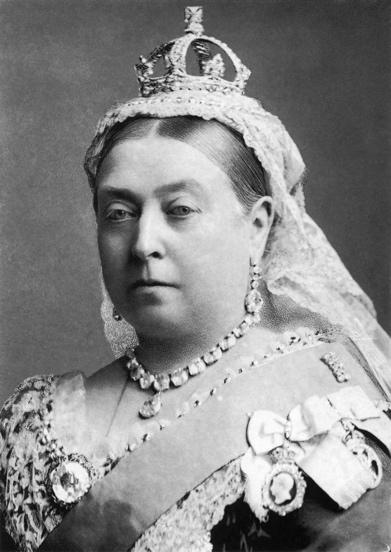 Assumptions towards female hair in western, contemporary society are now dependent on different societal standards of women, increasingly more detached from desires to be conveyed as necessarily pious. Yet, critiques of modern female hair are still firmly, if not more, attached to judgements of weakness or sexual attraction. Powerful hair concealing femininity on elite women of history can be directly contrasted to instances of harsh critiques on women in the media for their hairstyles. Marcia Clark’s entrance to the O. J. Simpson trial following a botched perm attracted nationwide news coverage when the  powerful female prosecutor was depicted as a laughingstock. Or, take the ‘pob’ or ‘political bob’ as Lauren Cochrane coins it. Sported by Hillary Clinton, Theresa May, and Angela Merkel, the low maintenance haircut suggests these women are more ‘serious’ about their political roles.

In modern pop culture, musicians, actresses and models are constantly scrutinised for their hair. Examples include the sexy, long-haired look of the 2000s as donned by Beyoncé or Britney Spears, or the odd insistence that female superheroes wear their hair down (how Wanda still manages to girlboss with her hair down is unbeknownst to me). Noticeable is the recent efforts in pop culture to break away from this long-hair-weakness association. The most recent Black Widow film, The Hunger Games trilogy, and greater hair experimentation by female celebrities belie the deliberately sexualised music videos of the early 2000s.

That said, the deliberate sexualisation of women with long hair is not necessarily negative, as long as it is not used to conclude that women are innately subdued. I bet Waller-Bridge never thought her speech would be on the same page as Eve of Paradise Lost and Queen Victoria. Looking at these diverse examples of female hair proves it is always viewed and received as a form of intentional expression. As long as we understand this history, Fleabag’s exaggerated existentialism doesn’t always have to extend to us when we get a bad haircut.